The Charlotte rose reminds me of the Japanese paper, washi, and the powdery scent of an old rose evokes the smell of paper. Above all, the mountain air is in the perfume. Charlotte needed to escape into the high summits of the world.

Four hands clasp the edges of a giant disc of ice and hold it up to a clear sky like a lens. The sun, gleaming through the ice, is framed on each side by trees. The architect Charlotte Perriand took the famous black and white photograph around 1935 and it captures her spirit perfectly: fresh air, a sense of wonder, the natural environment in all its glory, with the hand of a designer moulding it into a new and arresting shape.

Perriand died in 1999 at the age of 96, but it seems perverse to discuss her in the past tense. Her vision, radicalism, and pioneering spirt are absolutely of the moment. “Charlotte was the precursor of so much that’s now familiar,” says her daughter Pernette Perriand-Barsac. “She thought of the prefabricated building; she was an environmentalist; she thought up the idea of the open-plan kitchen in 1927 and introduced the idea to her mountain apartments at Les Arcs. She imagined walkways the length of the River Seine in Paris, with canoeing, volleyball, tennis, and open-air cafes — all of this was before the Second World War.” Pernette’s husband, the writer and documentary maker Jacques Barsac, who’s written several definitive books about Perriand, adds simply: “Charlotte is the mother of the modern woman.”

Perriand’s furniture is still manufactured, precisely and strictly to her original drawings and designs. “We were asked if we could make some of Charlotte’s chairs in larger sizes for the US market, but I said, ‘Absolutely not. Never!’” announces Pernette stoutly. “Her designs will never be altered.” Perriand had an acute sense of balanced, nuanced design executed with exacting standards and integrity. Above all, she argued for equality. “Charlotte believed in equilibrium between men and women,” say Pernette and Jacques together. “For her, there were no barriers between them,” continues Pernette. “It’s partly why she loved Alpinism. As we always say, in the mountains the only way is up. Men and women all have to take the same path. That sums Charlotte up perfectly.”

To evoke Perriand’s spirit, the perfumer Barnabé Fillion has created a perfume for Aēsop called Rōzu, from the Japanese word for rose. The process of creating it was a three-dimensional experiment, according to Jacques: “It was made exactly as you would make a sculpture — forming it, shaping it and playing with volume. With a perfume, you don’t see the volume because it’s transparent. But it’s there.” Rōzu tries to capture Perriand’s love of the mountains, pine trees, snow, fresh air and East Asia. She travelled to Japan in 1940 and was enchanted by the design, philosophy and aesthetic she found, immediately bringing bamboo into her armoury of design materials. “There’s a saying in Korea and Japan,” says Fillion. “They say, listen to the scent. It’s a beautiful idea and it’s always been my approach — I listen to my materials. Listening to a rose, for example, means to study it and watch it as it grows older and dryer: it changes, but even as it ages it’s still beautiful.”

Like so much about Aēsop, the new perfume has a narrative: Rōzu tells the story of the Japanese rose developed in Perriand’s honour by Keiji Kunieda of Japan’s Wabara nursery. “First I see the beige, pink, fresh buds of that rose,” says Fillion. “Then there’s another image of the rose as it fades — the dryness, the powdery quality. What I had in mind as I created the perfume was ‘ageing with beauty.’ Charlotte never hid her age and became more and more beautiful as she got older. I feel haunted by her presence, her freedom and her courage.” Like Perriand, her rose is highly unusual. “The colour changes to a kind of greige, like brass, and then to copper and silver,” says Fillion. “Those metallic tones evoke the metals she used in her designs, as well as the cold — the crisp scent of snow she loved so much. In the perfume, metal notes come from shiso, combined with the aromatic, fresh, and vivid notes of vetiver. The shiso also brings a sense of the cold, of the scent of snow. At first you smell the rose, but then the notes shift to shiso; the twist is that the rose becomes almost an illusion.” The most intriguing aspect of the perfume is the faint air of exquisite handmade paper. “For research, Pernette, Jacques and I went to Japan,” recalls Fillion. “The Charlotte rose reminds me of the Japanese paper, washi, and the powdery scent of an old rose evokes the smell of paper — so that’s in there, too. Above all, the mountain air is in the perfume. Charlotte needed to escape into the high summits of the world.”

One of the richest periods of Perriand’s creative life came in the 1960s when she led the architectural team designing the mountain villages of Les Arcs. The project was a masterpiece of prefabricated housing. The radical, cantilevered design of the apartments maximised the amount of sun that each apartment would enjoy. The apartments hug the slope like someone leaning casually against a tree and, after a heavy snowfall, they seem to vanish beneath a white quilt. “Charlotte had a genius for designing small living spaces,” says Pernette. “She worked out that each person needs 14 m2. It doesn’t sound like very much but, provided everything was just right and beautifully designed, it was perfect.”

Perriand started building her own small cabin in the French ski village of Méribel in 1960, although she didn’t complete the project until 1978 because she ran out of money. The house is an origami lover’s delight: a foldaway flap of wood from floor to ceiling behind the bed conceals a long sliver of storage space for linen; paper screens instead of curtains slide smoothly to meet perfectly in the middle, softly filtering the sun; an intricate mirror in the small Japanese bathroom conceals prosaic toothbrushes, and a compact navy blue bathtub is just large enough to tuck two people into at the same time. And everywhere, there’s a view of the mountains to lift the spirits. “Charlotte loved the pine trees which surrounded her in Méribel”, explains Fillion. “When she got back from Japan after the war, she needed somewhere to ski, hike and explore. Her house is surrounded by trees and has wood throughout the interior. Wood is in the fragrance too. I tried to make people feel the mountain summit in the perfume, the pure quality of air which opens the lungs and the imagination.”

Marsha Meredith, Aēsop’s creative director, recalls a memorable afternoon in Paris discussing how the perfume might evolve. It would be important to reflect that Perriand always wore a vetiver fragrance more traditionally used by men at the time. “With Pernette and Jacques, we breathed in the world of Charlotte through her space, furniture, images, drawings and found objects,” she says. “Over the next year, we read more deeply, took in the exhibition in Paris and visited her cabin in Méribel, but the core intention remained unchanged: a fragrance that mirrors the wonderful complexity and modernity of Charlotte Perriand.”

To try to chart Perriand’s life’s work is to embark on a life’s work of one’s own. At the end of 2019, and for the first time since it opened in 2014, the Fondation Louis Vuitton in Paris dedicated their entire exhibition space to a single designer: Perriand’s chairs, tables, lamps, buildings, rugs, sofas, kitchens, apartments, mountain refuges, exercise equipment and prefabricated bathrooms are all there. It’s been frustrating for her family, as well as fans of her work, that she’s often been nudged sideways by her collaborators Le Corbusier, Jean Prouvé and Pierre Jeanneret. “We feel a great duty to protect Charlotte, although of course it’s tiring sometimes”, admits Pernette. “I don’t like the fact that her work is always mentioned in the same breath as the men. Charlotte was Charlotte. She didn’t need a man.” A case in point is Perriand’s famous chaise longue and iconic Grand Confort armchair. They’re recognisable in an instant, although Le Corbusier often gets sole credit. The inclusion of tubular metal was highly radical at the time, but it was part of Perriand’s vision that if furniture could use the materials of the machine age, great design could be mass-produced and made available to everyone. It didn’t always happen, sadly. But in case of doubt that a chair constructed from metal tubing can be genuinely comfortable, a gallery attendant at the Paris exhibition had to wake a visitor who had settled into a Charlotte Perriand chaise longue on display, and fallen fast asleep.

Before I left Perriand’s cabin in the mountains, I sprayed a quick blast from Pernette’s bottle of Rōzu onto the pages of my notebook. On my long journey back, I tried “listening to the sound of the perfume,” just as Barnabé Fillion had recommended. As I reread what Pernette and Jacques had told me about Perriand’s vision, wafts of shiso, vetiver, wood, patchouli, myrrh, rose, paper, and spices floated up from the pages. But having spent all day by the vast log fire in Perriand’s cabin, my clothes and hair were suffused with wood smoke, adding an extra, smouldering char to the mix — “Why do you smell like a bonfire?” asked my daughter when I got home. Once I was able to put my own chargrilled fragrance aside, the Rōzu and the words about Perriand became one and the same; the sound was loud and clear, and it spoke of snow, fresh air, originality, liberty and equality. 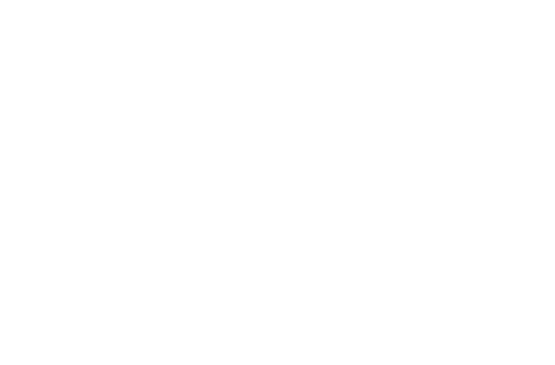